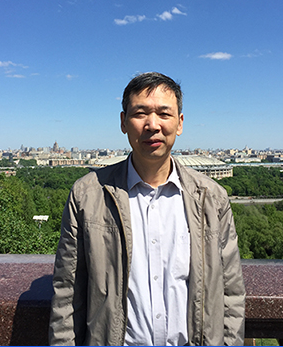 Nanhua XI was born in Yingde, Guangdong in March 1963, a mathematician. He was graduated from Hunan Huaihua Teachers College (now Huaihua College) in Mathematics in 1981. From 1982 to 1988, he studied in the Department of Mathematics, East China Normal University, Shanghai, and received a master's degree (1985) and a doctorate (1988). He is currently a Professor at the Academy of Mathematics and Systems Science, Chinese Academy of Sciences. He was elected as an academician of the Chinese Academy of Sciences in 2009.
Nanhua XI is engaged in the research of algebraic groups and quantum groups. He proved Lusztig's conjecture on the base ring of the two-sided cell for the case of the affine A-type Weyl groups; established the necessary and sufficient conditions for the Deligne-Langlands conjecture on the affine Hecke algebra. Cooperating with Lusztig, he discovers the canonical left cell; cooperating with T. Tanisaki, he proves Ginzburg's conjecture for affine A-type Heck algebras; he proves that Ginzburg's conjecture holds on the field of rational numbers. It is proved that the properties of the finite-dimensional representations of the quantum group at the non-unit root of characteristic p are similar to the representations of the algebraic group of characteristic 0; gives a clear and concrete realization of the irreducible representation of the quantum group at the unit root; working with Chari, he constructs the mononial basis of the quantum group; calcultes some canonical basis; studies the root vectors and its commutative formula. He enlightens the research direction of infinite dimensional representations for the algebraic group on the positive characteristic field. Published the first and second volumes of books, "Basic Algebra". In 2001, he was awarded the Silver Medal of Morningside Mathematics. In 2005, he was awarded the Chern Mathematics Prize of the Chinese Mathematical Society. In 2007, he was awarded the second prize of the National Natural Science Award.

Next:President Gang TIAN addressed at the Closing Ceremony of the 13th General Assembly of the Chinese Mathematical Society 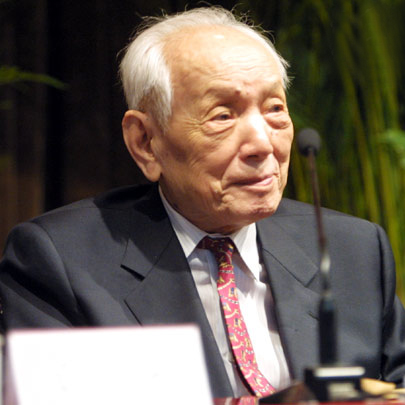